The Berg Advisory Group presents Harbour Center (the ‘Property’), a +/- 12,040 SF multi-tenant strip center located at the hard corner of Camino Al Norte and Lone Mountain Road in the Las Vegas MSA. Harbour Center is 100% occupied and all tenants are set up on NNN leases, with the tenants reimbursing the operating expenses.

The major tenants in Harbour Center are Scoundrel’s Pub II and Sinclair Gas Station. Scoundrel’s Pub II is a bar/gaming tavern that has operated at this location since 1994, and has a long-term lease in place until 2034. The bar has a 15-gaming machine license which generates additional revenue. The operator of Sinclair Gas Station recently signed a lease until 2034 and spent $20,000 in interior renovations to the convenience store. The convenience store also has a rare 15 gaming machine license, generating additional income for the tenant. The Landlord spent $85,000 to replace all of the gas pumps, minimizing future capital improvements to the new owner.

Directly across the street, over 2,100 housing units are being developed across +/- 182 acres of land. The area has above average demographics, with more than 19,000 residents living within a one-mile radius of Harbour Center and an average household income of $75,000. North Las Vegas has been on a growing spree and has built more than 10 million SF of new industrial space since 2012. Major retailers like Amazon, Sephora and Bed Bath and Beyond all have distribution centers, with Amazon’s distribution center less than 5 miles from Harbour Center.

100% Occupied Property with Service-Based Tenants:100% Occupied Property with Service-Based Tenants: Harbour Center is a rare 100% occupied retail strip center consisting of a tavern (15 gaming machine license), Sinclair gas station (15 gaming machine license), and a quick lube. 92% of Harbour Center’s businesses (97% of the total income) have over a 27 year history at this location.

Major Residential Development: Construction is underway to build over +/- 2,100 housing units immediately across the street. One of the developments, Century Communities, will contain 5 villages built on over +/- 122 acres of land. The inflow of new residents to the immediate area will provide additional customers to Harbour Center.

Long Term Leases in Place w/ Annual Increases: 60% of the rent roll does not come due until 2034, therefore protecting the new owner from a large reduction in vacancy. Also, all tenants have a minimum 2% annual increase in their leases.

Strong Retail Corridor: Located in a dense retail corridor surrounded by some of the largest and most recognized names in the retail industry, including The Home Depot, Walmart, Office Depot, Ross Dress for Less, Burlington Coat Factory, Harbour Freight, and Chick-fil-A. 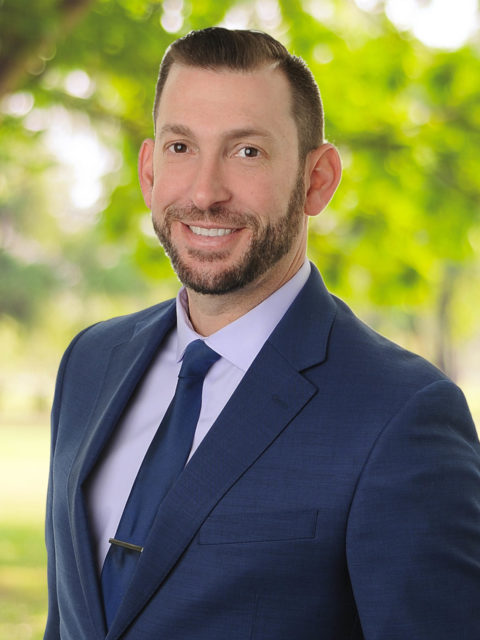 This Offering Memorandum contains select information pertaining to the business and affairs of 4850 Camino Al Norte, N. Las Vegas, NV 89031. This Memorandum was prepared based on information supplied by Seller and Broker. It contains selected information about the Property and the real estate market, but does not contain all the information necessary to evaluate the acquisition of the Property. The financial projections contained herein (or in any other Confidential Information) are for general reference only. The projections are based on assumptions relating to the general economy and local competition, among other factors. Accordingly, actual results may vary materially from such projections. Various documents have been summarized herein to facilitate your review; these summaries are not intended to be a comprehensive statement of the terms or legal analysis of such documents.

The information contained in this Offering Memorandum is confidential and furnished solely for the purpose of a review by a prospective purchaser of the Property. It is not to be used for any other purpose or made available to any other person without the written consent of Seller or Logic Commercial Real Estate (LCRE). The material is based in part upon information supplied by the Seller and in part upon financial information obtained from sources it deems reliable. Seller, nor their officers, employees, or agents makes any representation or warranty, express or implied, as to the accuracy or completeness or this Offering Memorandum or any of its contents and no legal liability is assumed or shall be implied with respect thereto. While the information contained in the Memorandum and any other Confidential Information is believed to be reliable, neither Broker nor Seller guarantees its accuracy or completeness. Due to the foregoing and since the Property will be sold on an “As Is, Where Is” basis, a prospective purchaser must make its own independent investigations, projections, and conclusions regarding the acquisition of the Property without reliance on this Memorandum or any other Confidential Information. Although additional confidential information which may include engineering, environmental or other reports may be provided to qualified parties as marketing proceeds, prospective purchasers should seek advice from their own attorneys, accountants, engineers, environmental and other experts.

By acknowledging your receipt of this Offering Memorandum from LCRE, you agree:

Seller and LCRE expressly reserve the right, at their sole discretion, to reject any and all expressions of interest or offers to purchase the Property and to terminate discussions with any person or entity reviewing this Offering Memorandum or making an offer to purchase the Property unless and/or until a written agreement for the purchase and sale of the Property has been fully executed and delivered.   A prospective purchaser’s sole and exclusive rights with respect to this prospective transaction, the Property, or information provided herein or in connection with the sale of the Property shall be limited to those expressly provided in an executed Purchase Agreement and shall be subject to the terms thereof. In no event shall a prospective purchaser have any other claims against the Seller or LCRE or any of their affiliates or any of their respective officers, directors, shareholders, owners, employees, or agents for any damages, liability, or causes of action relating to this solicitation process or the marketing or sale of the Property.   This Offering Memorandum shall not be deemed to represent the state of affairs of the Property or constitute an indication that there has been no change in the state of affairs of the Property since the date of this Offering Memorandum.   LCRE has a policy of proactive broker cooperation with the investment brokerage community. If applicable, a cooperating broker fee of the sales price shall be paid at closing to the cooperating broker that procures and represents the buyer that acquires this property. If applicable, cooperation does not include brokers that represent themselves as Principals or broker’s whose member of his immediate family is participating in the purchase of the property. No broker will be recognized on a prospect that has previously contacted or been contacted by the Seller or the Seller’s representatives.

ALL PROPERTY SHOWINGS ARE BY APPOINTMENT ONLY. PLEASE CONSULT A LCRE AGENT FOR MORE DETAILS.